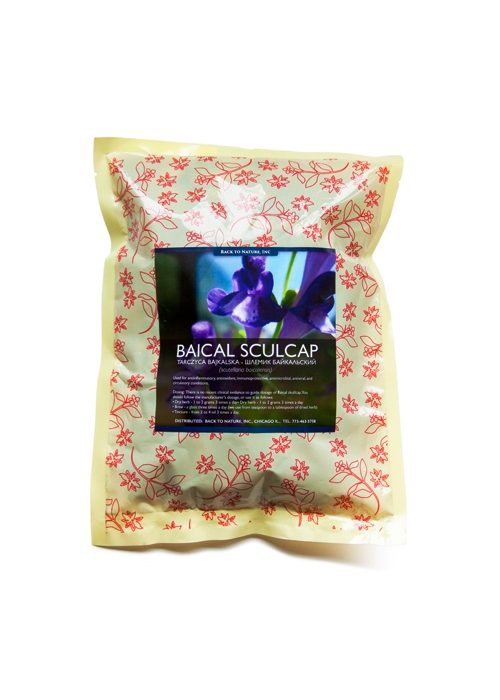 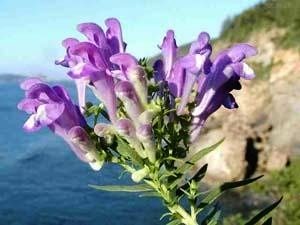 The genus of Scutellaria includes approximately 300 species. Scutellaria baicalensis from the Lamiaceae family is said to be one of the potent medicinal herbs and is thus used to help a number of health disorders for over two thousand years. Scutellaria baicalensis is also called Baical Scullcap. It is   a perennial herb, which grows to a height of 1-4 feet. It has four-angled stems with multiple opposite leaves. Its blue to purple flowers are characterised by the specific shape, which resembles the scull. Two petals of the flower are often called lips. The flowers, blooming in July, are situated on one side of the stem. The root of the herb is thick and branchy. It is almost skinless.

Baical Scullcap is native to Eastern Asia. It grows abundantly in the regions of Lake Baical, eastern Siberia, and northern China. Most often, it is found on the open, sunny grasslands in the higher elevations. It grows well on sandy or rocky dry soils.

The root of Baical Scullcap is used for medicinal purposes. The plant is allowed to grow for about 4 years before the root is taken. The reason is that the amount of beneficial herbal components is higher in the older plants. Roots are harvested in spring or autumn and dried.

Extracts, tablets, capsules, fluidextracts of Baical Scullcap root chemicals can be found on sale these days.

Chemical composition of the plant includes flavonoids (scutellarin, baicalin, and wogonin), steroidal saponins, alkaloids, glycosides, volatile oils, iridoids and tannins, due to which the herb is widely used and is believed to have power to treat health disorders.

Baical Scullcap seems to be a good antiviral, antibacterial, antifungal, and anti-inflammatory agent. Both topical and oral preparations serve for reducing inflammation, inhibition of angiogenesis (the growth of the new blood vessels, which occurs during the spreading of cancerous tumours), and preventing ethanol-induced hyperlipidemia and histamine release from the mast cells.

All the scientists agree that flavonoids are the main chemicals, which display beneficial effects in the human body. They are believed to possess anticancer abilities. The studies conducted by this time support this theory.

Baicalin is said to be the most powerful and promising flavonoid peculiar for this herb. It is due to its influence plant’s root is a so valuable herbal remedy against many diseases. Baicalin is believed to interfere with hormonal reactions and release of histamines and bile in the body; it stimulates gallbladder activity, inhibits inflammation, as well as suppresses the activity of leukaemia-derived T-cells and replication of viruses and bacteria. 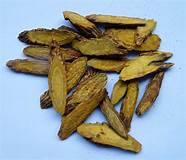 Long history of use, herbalists’ observations, and recently conducted laboratory studies on animals support the claims that Baical Scullcap may help fight, lessen, or prevent such disorders as:

–         headache and hangover (the herb prevents the inflammation of the brain cells caused by histamine release in response to high levels of alcohol in blood),

–         influenza, pneumonia, and ear infections (the process of replication and multiplying of the viruses, bacteria, and fungi is blocked by Baical Scullcap; it is most effective against Candida, Streptococcus group, Staphylococcus, and others),

–         diabetes and atherosclerosis (bacterial infection, often linked to the development of atherosclerosis, in reduced by Baical Scullcap, as well as swelling of the arteries linings due to injuries),

–         heart attack (the risk of heart attack is significantly reduced due to Baical Scullcap’s cholesterol-lowering effect),

–         high cholesterol (the stimulation of the gallbladder to produce more bile results in “washing” cholesterol off the liver into the intestines and out of the body),

Baical Scullcap is a popular remedy among herbalists and those people, who seek for diseases elimination with natural means. Hopefully, soon scientific research will provide more information on the hidden power of the herb, its benefits, and what is even more important, on its practical use, dosage, and risks.