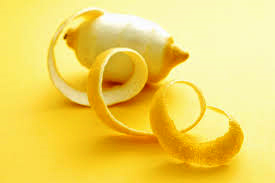 CitroPec (Nutritionally Superior Modified Citrus Pectin 1 LB (454 g). This nutrient is of the highest quality obtainable and is free of all common allergens (antigens), and does not contain artificial additives. Modified citrus pectin is a soluble component of plant fiber derived from citrus fruit, is a complex polysaccharide rich in galactosyl and other carbohydrate varieties. While ordinary citrus pectin is beneficial in human nutrition, a new form called CitriPec, modified citrus pectin has clearly distinguished itself as being nutritionally superior.

Benefits: CitroPec is a dietary supplement that, according to research, may help prevent the spread of cancer, lower the risk of heart disease, and help people with certain types of heavy metal poisoning.

Modified citrus pectin (MCP) is a dietary supplement that, according to research, may help prevent the spread of cancer, lower the risk of heart disease, and treat people with certain types of heavy metal poisoning. Unlike normal pectin, which is not digestible, MCP is chemically altered so that is more readily absorbed in the gut. Once in the bloodstream, MCP is believed to have biological properties beneficial to human health. Scientists have begun exploring its use in post-treatment adjuvant therapies to reduce the risk of metastasis (the spread of cancer beyond the original tumor).

Pectin is a gelatinous substance obtained from pears, apples, guavas, quince, plums, gooseberries, oranges, and other citrus fruits that are commonly used to make jellies and jams. It is a type of carbohydrate, called a polysaccharide, that is composed of between 300 and 1,000 smaller monosaccharides. Once in circulation, MCP can bind to other substances, including heavy metals and a type of protein associated with atherosclerosis and cancer metastasis.

Some scientists believe that modified citrus pectin is a potent chelating agent, meaning that is can bind to metals circulating in the bloodstream and remove them from the body in urine and stool. This can be extremely beneficial for people with lead, mercury, arsenic, or cadmium poisoning in whom the metals can accumulate in tissues and cause serious medical complications.

Some scientists believe that MCP can reduce the risk of metastasis by binding to a protein called galectin-3. Galectin-3 plays an important role in cell-to-cell adhesion and is believed to contribute to metastasis by acting a “glue” that sticks circulating cancer cells to distant organs and tissues.

By binding to galectin-3 and “taking it out of commission,” MCP may reduce cancer’s ability to stick to other cells and establish tumors in other parts of the body.

A number of animal and lab studies have looked into the benefit of MCP in preventing cancer metastasis after primary treatment, including breast cancer, skin cancer, and liver cancer. The most advanced stages of research, however, involve prostate cancer.

A 2013 study in Glycobiology also revealed that galectin-3 plays a role in the development of atherosclerosis, popularly known as the “hardening of arteries.”

The findings demonstrate galectin-3’s role in “sticking” fat cells to the walls of arteries. By binding to galectin-3 and blocking its adhesive properties, MCP may help complement the statin and fibrate drugs commonly used to prevent or treat atherosclerosis. Further human research is needed.

Modified citrus pectin is Generally Regarded as Safe (GRAS) by the U.S. Food and Drug Administration (FDA). Clinical studies have reported only mild side effects, including bloating, gas, and loose stools.

CitroPec should be stored in a cool, dry place after opening. Never used a supplement past its expiration date.

Be the first to review “CitroPec, powder” Cancel reply