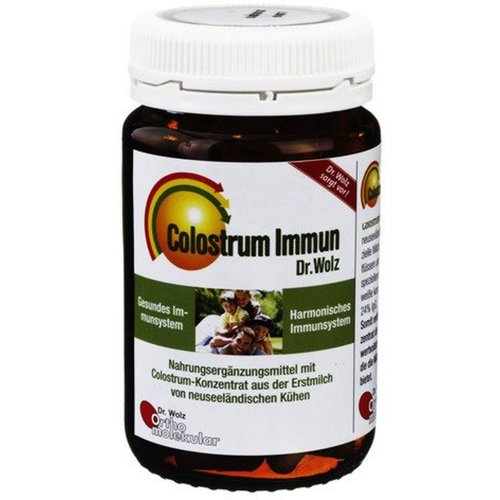 Colostrum is a highly complex mixture of immune and growth factors, vitamins, minerals, amino acids, proteins, fats and carbohydrates in which immunoglobulins play a special role for use in human medicine. The colostrum in Colostrum Immun + Folsaure is obtained from New Zealand grazing cows in accordance with the specific requirements of Dr. Wolz Zell GmbH. 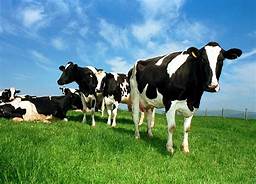 After fat has been pretty much removed from this milk, the immune proteins are concentrated and dried in a gentle manner. At the same time the lactoferrin content is increased and standardised, the immunoglobulin content likewise. In New Zealand the cows are allowed to graze all year round and do not get any additional fodder; the use of fodder additives such as antibiotics is even prohibited. Thus an especially broad spectrum of immunoglobulins is formed. Accordingly, the concentrate contains more than 20 percent of IgG and three percent of lactoferrin. New Zealand, being the origin, ensures freedom from BSE. The folic acid contained contributes to normal immune system function and to reducing tiredness and exhaustion. Giving Colostrum Immun + Folsaure is indicated for general strengthening of the immune system, chiefly in times of overexertion and change of season, – in addition, for seasonally related stress of susceptible children, even those who do not like milk products. Colostrum Immun + Folsaure contains valuable natural ingredients such as bioactive proteins, amino acids and trace elements in a concentrated form, but first and foremost immunoglobulins which passively support the immune system. The independent test laboratory Viva-Cell in Freiburg has demonstrated that Colostrum Immun + Folsaure produces immunomodulatory effects through the dosage-dependent inhibition of LPS-induced TNF-alpha release and promotion of IL-8 synthesis. In superenterotoxin B (SEB)-stimulated T-Iymphocytes Colostrum Immun Dr. Wolz prevents SEB inducrd IL-2 synthesis in a dosage-dependent manner.

5 capsules per day during the meals with liquid. During the day or at once. Capsules can be opened to dilute content with the food. Not with hot liquids.