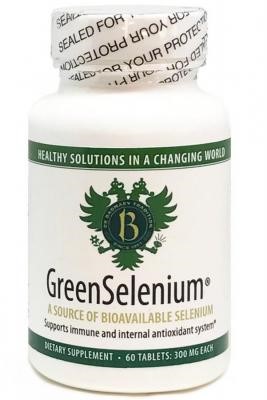 targeted delivery of this essential nutrient to cells, tissues and organs

The bioavailability of GreenSelenium assures targeted delivery of this essential nutrient to cells, tissues and organs. 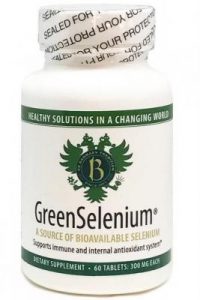 GreenSelenium® is a highly bioavailable form of the mineral selenium, which is essential for preventing disease and supporting good health.  GreenSelenium® technology provides the first organic selenium manufactured with “green” solvents and with the environmentally friendly process eliminating pollution — which is so important to modern consumers.

What is Selenium Deficiency?

Selenium is an essential mineral for health, and, according to the National Institutes of Health (NIH), selenium deﬁciency produces biochemical changes that might predispose people who experience additional stress to develop certain illnesses. 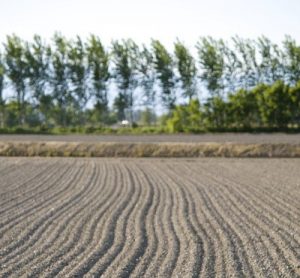 People whose diets consist primarily of vegetables grown in low-selenium areas are at risk of deficiency. The lowest selenium intake in the world are in certain parts of China, where large proportions of the population have a primarily vegetarian diet and soil selenium levelsare very low. Average selenium intakes are very low in some European countries, especially among populations consuming vegan diets.

Selenium deﬁciency is also associated with male infertility and might play a role in Kashin-Beck disease, a type of osteoarthritis that occurs in certain low-selenium areas of China, Tibet, and Siberia. Selenium deﬁciency could exacerbate iodine deﬁciency, potentially increasing the risk of goiter and related developmental retardation in infants.

The people in countries whose diets consist primarily of vegetables grown in low-selenium areas are at risk of deﬁciency. The lowest selenium intakes in the world are in certain parts of China, where large proportions of the population have a primarily vegetarian diet and soil selenium levels are very low. Average selenium intakes are also low in some European countries, especially among populations consuming vegan diets. In Europe dietary selenium intakes have declined in recent decades, 29-39 mcg/day in the United Kingdom and 30-80 mcg in the Nordic countries. Although intakes in New Zealand were low in the past, they rose after the country increased its importation of high-selenium wheat. The selenium content of foods reflects the available selenium content of the soils used to produce those foods and the foodstuffs used to produce livestock.

Serum selenium concentrations decline with age. Marginal or deﬁcient selenium concentrations might be associated with age-related declines in brain function, possibly due to decreases in selenium’s antioxidant activity. The results of observational studies are mixed. In two large studies, participants with lower plasma selenium levels at baseline were more likely to experience cognitive decline over time. An analysis of NHANES data (The National Health and Nutrition Examination Survey – a program of studies designed to assess the health and nutritional status of adults and children in the United States) on 4,809 elderly people in the United States found no association between serum selenium levels (which ranged from lower than 11.3 to higher than 13.5 mcg/dL) and memory test scores.However, in the Australian study published in 2017 in the Journal of Alzheimer’s Disease, selenium levels in the erythrocytes were decreased in Alzheimer’s patients compared to controls.

Researchers have evaluated whether taking an antioxidant supplement containing selenium reduces the risk of cognitive impairment in elderly people. An analysis of data from the Supplémentation en Vitamines et Minéraux Antioxydants (SU.VI.MAX) study on 4,447 participants aged 45 to 60 years in France found that, compared with placebo, daily supplementation with 120 mg ascorbic acid, 30 mg vitamin E, 6 mg beta-carotene, 100 mcg selenium, and 20 mg zinc for eight years was associated with higher episodic memory and semantic ﬂuency test scores six years after the study ended. However, selenium’s independent contribution to the observed eﬀects in this study cannot be determined. More evidence is required to determine whether selenium supplements might help preserve cognitive function in older people.

Be the first to review “GreenSelenium®” Cancel reply